Do you remember the good old days when social media first started? Facebook started as an innocent platform which got us all together and it didn’t matter where in the world you lived. Facebook breeding political extremist groups seems to be dominating the platform of recent times. 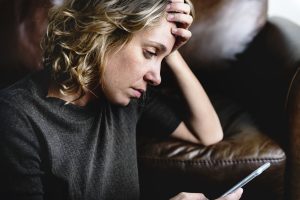 If you are old enough to remember Friends Reunited, then you will remember how friendly and accommodating it was.

Friends Reunited was popular to start with and many people used the social network to stay in touch with old friends and distant family. Social media was a great idea and seemed to unite the entire world.

Myspace became the next biggest social media network which aimed at helping musicians raise their popularity while promoting their own music. Myspace was successful but came to an abrupt end when Facebook and Twitter became the next big thing.

What could go wrong?

A young student called Mark Zuckerberg followed the same idea at the university which brought students together on the Facebook platform. The platform worked well for students and Zuckerberg realized that this could take off and it did.

As Facebook became more popular, the platform attracted more members who signed up to use the network as another way of staying in touch with friends and family.

Facebook worked more or less the same way as Friends Reunited and was amiable to start with.

Facebook became more popular year after year creating billions of members and which would become a viable business model for the young Zuckerberg. He monetized the network but kept the platform free to all users.

Advertisers became interested due to its high popularity and when Zuckerberg introduced the pages facility, there was an angle to monetize the network. As a page owner, you can boost posts and target demographics to reach your ideal audience. Promoting your post and page became a winning situation for the page owner and Zuckerberg.

It all sounds virtuous until the media get involved. We all know how the media like to twist and mangle stories for their own benefit or to the political stance they are representing or following (if you follow politics).

Most, if not all political parties have a page and most mainstream media companies also have a vast presence. The network has also introduced us to alternative media pages and websites which can spread the truth or spread false information that can only confound the reader.

They publish a myriad of news stories every day and the media are posting those on social networks like Facebook to create more readers and followers, boost traffic and cause controversy and the latter works like a charm.

This is where social media has its uglier side and has contributed to dividing nations, disconnecting families and ruptured friendships. Facebook has done the exact opposite to what the network intended on doing from the start.

Everyone thinks they know about politics and how to make the world a better place by posting links or having their say on the latest news story. Instead Facebook is breeding political extremist groups instead of reuniting people who use the platform.

You can tell which political view a person has by what shared links they post. It’s not only politics that gets a reaction, anything that stirs up emotions will get a reaction on social media, and doesn’t always get a positive response.

Facebook and Twitter have contributed to dividing us all into groups which are not helping humanity when the world seems like it’s in constant turmoil. All we are doing is causing more divide, inciting anger and creating tensions between people who get affected by certain subjects or world issues.

Politics and religion have always been the culprit to stir up emotions and these social media platforms are the breeding ground for anger and resentment over a simple opposing view. Is Social media a psychological experiment? Yes, is the answer and we don’t realize that we are the lab rats taking part in this experiment every day.

Billions of people addicted to Twitter and Facebook never look up from their smartphones. Is this possibly one reason depression is at epidemic levels because of social media?. The constant anger and hostility that Facebook produces every day can affect our mood.

They bombard us with pictures of Mr & Mrs Jones new car who live a few doors away or the links to articles about the recent Breaking News story about violent crimes or cruelty to animals.

Media being social has backfired on itself and has created a society of users with mental health problems and anger management issues. If you’re affected by issues like this, the best advice would be to stay well away from these networks for the sake of your well-being. 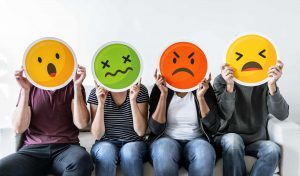 Facebook’s popularity with 25 – 65 age groups have had the most impact on people’s emotions and Twitter is not far behind. The two platforms have been breeding political extremists who take to social media daily to fight their political corner.

Is Facebook breeding political extremist groups? Let us know in the comments.