A woman of two children is the latest victim of the recent trend in Facebook Live murders. This trend needs to stop and Facebook needs to shut down violent broadcasts

Mother of two Rannita Williams was shot to death live on Facebook in another recent trend in Facebook Live murders.

Her Ex-boyfriend Johnathan Robinson is witnessed pacing up and down behind her and calling her b**ch while she is streaming the video live. 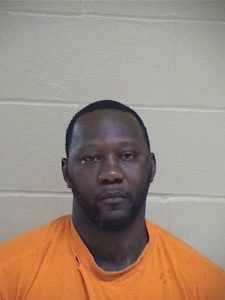 Rannita was seen talking to a live audience while her abusive Ex-boyfriend is heard shouting and swearing at her while she is talking to her audience.

According to the police Robinson was holding Williams hostage in her home and the harrowing video ends with Robinson shooting Williams dead and the video abruptly ends.

You can hear Robinson saying “game over, game over b**ch”

The police arrived an hour later to the home of Williams and found her lying there shot and arrested Robinson. Unfortunately, Williams died in hospital a while later.

Robinson put up a fight with officers when they arrived and a standoff lasted about 80 minutes before they could arrest him. He was convicted of second-degree murder and held at Caddo Correctional Center.

Williams was a decent and hard-working woman who did interior design to pay for her children. This monster needs locking up for life and the key to be thrown away for good. Let’s hope he rots in prison and gets what he deserves someday.

This is just one of many killings and Facebook Live murders that have been happening for some time. We feel that there should be some kind of algorithm that Facebook should implement into the platform that shuts down any live violent broadcasts.

Facebook Live is a great way of recording incidents while they are happening and has revolutionized the social media platform but there is always a darker side to technology and this is the side we do not want to see too often.

Unfortunately, you will have many users that will abuse this technology which makes it bad for the rest of us. Let’s hope that Facebook finds a solution to this ongoing trend of recording abuse and violence on social media.

Facebook Live can be used for so many more positive and interesting ways and it would be a shame to lose this great tool.