A 33-year-old man from Ireland injects himself with his own semen because he had been suffering from back pains for a few years and practised medical experimentation.

They admitted him to the hospital with a subcutaneous abscess discovered because of injecting himself with semen. The thought of whether these experimentations work is just bizarre and dangerous.

Most people would expect there to be information on the internet by some crazy website explaining that this is the new amazing cure for pains but doctors and medical examiners couldn’t find any information available for intravenous semen injections. 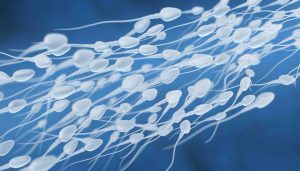 There had been cases of intravenous semen injection in rats that had a positive effect on the rodents but there have been no experiments in humans.

This case was the only one documented. They discovered a rash on the arm of the man where he had been injecting the semen. After examining the effects of the semen injection, the examiners found subcutaneous emphysema and soft tissue swelling.

We found out the man was injecting himself once a month for 18 consecutive months into his arm which had resulted in the semen leaking into his soft tissue. Lucky for him they had treated him in a hospital for his back pain and drainage of the semen from his shot tissue.

Doctors warn that trying these medical experiments on yourself is not a good idea and can cause harm if there is no medical proof that they work. This is the first case ever reported and is quite unusual, to be honest.

If you need to try alternative treatments then make sure its well documented before even trying them for your own health.