Indigo children are being born across the world and taking experts and parents by surprise with the amount of knowledge they possess.

Many believe that these children are alien/human hybrids or beings from a past life that have reincarnated into a human body.

A video online features a young Russian boy who claims he has been reincarnated from an alien soul and into a human body and was living on Mars in his previous life.

The story sounds completely out of this world but on a serious note, his parents and various experts are baffled by his knowledge.

The boy’s name is Boriska and he was born in Russia. His mother was a doctor and she knew that Boriska was special when he was born.

He began to talk, paint, draw and do many things that a baby could not do at 1 years old. He held his head upright not long after he was born and she just knew that he was different to most children.

The boy had so many stories to tell about space and the planets that a young toddler could not even know. She stated that he had advanced knowledge of space travel and the Universe as well as a life that he had on Mars.

He mentioned that there was a major war on the planet and it was almost destroyed by nuclear war.

According to Boriska there still is alien life on Mars and that there are so many more secrets on Earth waiting to be discovered and some knowledge is held back by our governments and agencies. The human race is being suppressed of knowledge and has been dumbed down over the years.

As a toddler he attended kindergarten and his tutors then noticed the child’s amazing knowledge and talents. They also noticed his incredible skill of reading, writing, drawing, and painting as well as his vast knowledge of space and the universe that not even the teachers knew about.

His mother quite often witnessed Boriska sit down in a certain position and channel information from somewhere and tell her all this information that baffled her. He spoke of a civilization called The Lemurians who unfortunately died because they couldn’t develop spiritually.

Boriska the Martian Indigo Child visited Earth in his past life and had to research the planet for various purposes back on Mars. He also said that the reason why Mars is like it is today is that of a past nuclear war and the civilization that live there now, live in underground bases due to radiation. Humans also live forever but not in physical form so when you die your soul carries over into the next life he said. 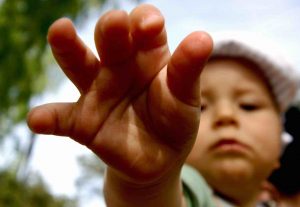 Who Are The Indigo Children?

Like Boriska the Martian Indigo child, Indigo children are apparently the ‘special ones’ born with exceptional knowledge and many claims they are an alien/human hybrid species that have been reborn on Earth. They say that this new species of human are here to help transcend the human race and prepare them for the next spiritual advancement and stop them from destroying themselves.

As well as the exceptional knowledge they also have various characteristics which include the following:

There are other names for an Indigo child and they are ‘Star Children’ and ‘Crystal Children’. Many new age followers have mentioned these children for some time but many have ridiculed the subject. The reality is that there are children like this that do exist across the world and they are baffling the most intelligent of experts.

Some say that these children have ADHD or Autism but their abilities and knowledge goes way beyond any of these modern types of diagnosis.

The video below shows a fascinating interview with the child which includes his mother who interprets from Russian to English. To be honest while watching the video the boy seems to be very vague in answering many of the questions.

Is Boriska really a Martian child?

Make up your own mind…