A woman in Russia is trying her best to help her husband quit smoking, so she had a cage made to place over his head.

The family of five have been working together to help him quit smoking. This amazing contraption has been working wonders and almost stopped him from smoking 60 cigarettes a day.

We asked him how he is coping and his response was:

“It’s been hell for me and I keep forgetting I have this cage over my head. I light a cigarette and try to bring the cigarette to my lips and then POW the sparks fly everywhere when the cigarette hits the cage.” 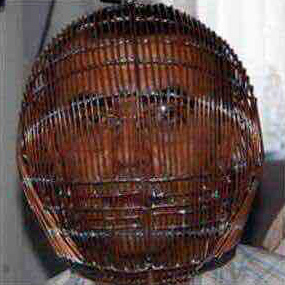 He has burnt himself often while trying to smoke a cigarette because he forgets he has the cage over his head. His wife said although entertaining and funny, she is only placing the cage on his head for his own good.

We asked her if the cage is permanently on his head and she stated that he is allowed to take the cage off when he eats a meal. She keeps the cage locked and only unlocks the cage when he is hungry. 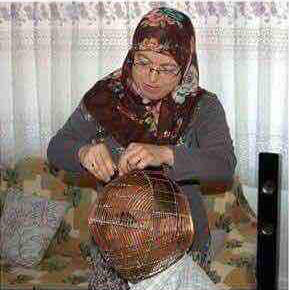 The kids keep tormenting their father over his caged head and have attempted to poke flowers through the gaps to make it more “visual”. At one stage they tried putting a budgie in the cage with him but there’s no room and would be cruel for the bird.

Smoking is one of the most addictive habits and quitting is very hard for people addicted to nicotine and the habit of smoking makes matters worse. We think this cage idea could be the next big thing for smokers that want to kick the habit although there must be easier ways to quit smoking.

The scenario would be hilarious seeing smokers walking the streets with heads in these cages.

We caught up with the family to see how they were coping. The cage has worked for him but occasionally, his wife caught him trying to bend the cage and poke in a cigarette.

He burnt his lips trying to smoke through the cage so he stopped trying just in case he caused any more facial burns that could end up being life-threatening.

We wish him luck.