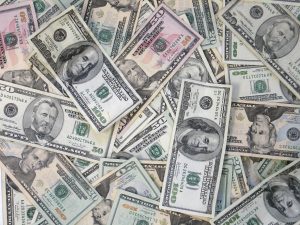 We researched a few cases to see how peoples life’s changed after becoming a millionaire and what we found was very interesting indeed.

Most of the examples that we came across were the ‘everyday Joe’ who managed to accumulate a million in the bank either through sheer hard work, saving most of their money and through the price accumulation of their property. You can be a millionaire on paper due to assets but be cash poor and we have come across a few of these examples.

There is a great book which is called ‘The Millionaire Next Door” which has many interviews and stories on people who have a million in the bank but you wouldn’t guess that they have it. They live like the rest of us and drive a standard car and have average holidays but they invest most of their wealth in assets rather than liabilities. In fact, many millionaires and wealthy people like to rent high-performance sports cars and luxury yachts rather than purchase them. 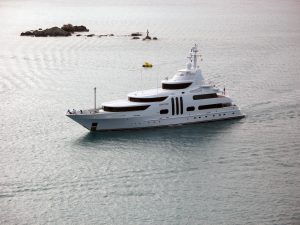 When The Ego Takes Over

There is a certain character that has to flaunt their bling and cash, and on most occasions, it’s the ego that has taken over and got the better of the ego victim. We all know someone who is like this even though they are not millionaires and only have a normal 9-5 job but like you to think they have hordes of cash. If these characters do become a millionaire either by luck or by chance then you will find that they nearly always spend every penny on luxury cars, clothes, watches and plenty more bling just to make a statement.

Mr Ego will nearly always blow every penny and become bankrupt within a year (or less). The ego can make or break a person and in some cases, the ego will be your saviour but it will mostly be the thorn in your side and you will regret it in the end. There is a percentage of mainly multi-millionaires that do have the cash to buy these toys and rightly so as they have earned their status but the real millionaire mindset will become richer and richer due to being ‘very clever’ with their money.

After talking to self-made millionaires who have worked extra hard, we found that they were uncomfortable with advertising the fact that they were very wealthy. Those that had inherited wealth seemed to have a very different attitude and were very happy to flaunt it in front of the average Joe trying to scrape by and earn a living. There are two very different contrasts here and it can be a great deal to do with the way they had become wealthy.

People’s attitudes can change drastically when becoming a millionaire.

It’s happened to those people that have won the lottery. A certain attitude and envy from people they know and have had good friendships with for years can suddenly take a turn for the worse. The opposite effect can also happen where millionaires can gain ‘fake friends’ who suddenly become very friendly and helpful. There have been cases where lottery winners have also gone public and have had begging letters sent to them which in many cases, have been blatant lies – begging for cash for Aunty Sally who needs a heart transplant. Some cases are quite possibly genuine but the majority are fake.

Some lottery winners have had their lives turned upside down through winning vast amounts of money and not always for the better. Some of those who have won vast amounts of money have regretted every minute due to the attitudes of certain friends or family members. They can be very nasty and distance themselves as well as become spiteful and very hateful due to coping with their friend or family members new wealthy lifestyle.

On the other hand, there are also those that accept your new wealth and continue to be close to you, and they are the ones who genuinely care about you. So, maybe it’s a better idea to just be down to Earth and continue being yourself so you can keep hold of your genuine friends as we all need friends and family regardless of financial status.