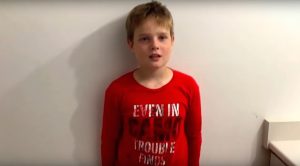 A video has emerged of two young Sisters that transform their younger brother from boy to girl with a makeover, which includes girls dress complete with hair style and sandals. 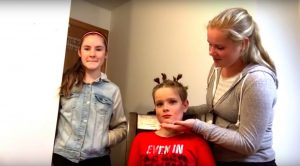 Initially, this looks like a bit of harmless fun and it looks like the Sisters meant it to be for fun purposes but do you think something like this can be dangerous? Exposing this kind of thing on the internet can also attract the wrong kind of viewer as many predators lurk within the dark recesses of the web. There was another video on YouTube with the same theme and some of the comments on the video were quite disturbing. Other comments seemed to be totally innocent but it’s the ones where they ask the content producer to do other videos with the boy dressed in different clothes which seem to be quite sinister.


The whole idea of a young boy having a makeover can be harmless fun at home without the prying eyes of those dark and twisted characters lurking about on the internet. To actually have the video published on a social platform like YouTube is not always the best idea. This only attracts the unsavoury types who spend time searching for material like this to full-fill their needs. 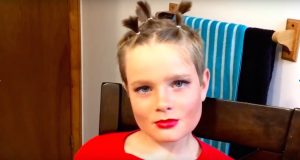 Like we say, it all looks totally harmless fun but it’s the whackos lurking about on the internet that can turn this fun into extreme danger. It would be great to hear your views on this and whether we may be a bit dramatic, or whether we are just concerned about the possible dangers that these kids are unaware of. We hope that most of you will agree with our view on these videos of young girls with makeup and young girls making up young boys into girls. 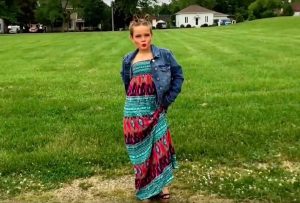