A video below features a guy testing whether Google is listening to your conversations and he has the term “Dog Toys” written on a piece of paper which he mentions later in the video.

There has been much controversy recently with Facebook selling users data and being slammed hard for doing so and the fact that Google listening to conversations is not being spoken about is a cause for concern. Could a simple delete Google voice solution be the answer?

We don’t think they will get away with it so maybe we will see some news stories on this topic very soon. Surely they are breaching data protection by doing this, aren’t they?

Let’s face it Amazon are probably doing the same with the Echo and we know for a fact that the app records all questions thrown at the gadget. So is there any truth in the Google Voice listening in on our conversations?

The video has a very interesting outcome and we go through the video below:

So is Google listening to conversations?

The guy on the video is seen browsing for advertisements on several websites to see if there are any adverts that feature “dog toys” before he starts to mention the term.

He then closes the browsers and starts to talk about the dog toy subject.

He starts to mention “Dog toys, I’m looking to buy dog toys and I love my dog so he deserves the best toys in the world. Maybe some plush animals, and dog toys near me with great colors. A dog toy to chew on would be good at the most affordable price. If I had some money right now I would love to buy dog toys”.

The guy on the video then opens up his browser and turns to a UK news page from the Daily Mail and there on the front page are adverts featuring “Dog Toys”.

Excitement is clearly heard in his voice as the experiment has proved his point of Google listening to conversations. So this is conclusive that we are being listened to by the tech giants. We are pretty sure that Facebook and various social media platforms are doing a similar thing maybe?

There is such thing as coincidence but after the guy on the video browses over several more websites he discovers more ads about dog toys.

Now don’t get me wrong we understand that companies need to advertise and online advertising is really important but if your computer or smartphone microphone is listening to you then what the hell are they recording and storing?

Isn’t this a breach of privacy? Are the tech giants passing on information from recorded audio from users like me and you to the authorities?

There’s nothing to worry about if you have nothing to hide, I hear you say? Fair enough but big brother is definitely watching us and maybe not for all the right reasons.

Would this not be against the social media privacy laws?

Recently we have witnessed the selling of data going on with Facebook and Mark Zuckerberg being summoned to explain what is going on. The problem we face today is that there are so many ways for technology to be exploited in this way. For many years there has been the practice of selling data to other companies and authorities because it is big business.

The worrying part of all of this is the fact that your general conversations are being recorded in the comfort of your own home and that is disturbing.

What was once a conspiracy theory is now a fact and we need to be careful about what we talk about at home and near our smartphones because big brother is listening and maybe watching your every move.

There are several things you can do to prevent Big Brother and Google listening to conversations. You can start by deactivating Google voice. We guide you through the steps to delete Google voice and deactivate the microphone.

How to disable the microphone on Google Chrome 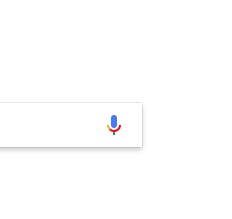 Apparently, this is the way to do it:

We are not sure whether this is the ultimate goal to prevent Google listening to your conversations but it’s worth the small effort to try it out. To delete Google voice could make a whole lot of difference so try it out.