It’s not every day you hear about a testicle-flavored beer being available on the market. Well, there is a beer that’s made from Whale testicles that is very appealing for many.

Colorado-based Wynkoop and Stedji from Iceland have created this concoction of ballsy beer. 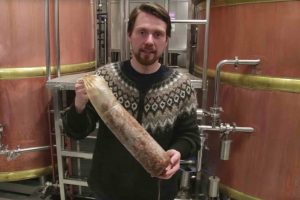 The ingredients are water, special hops, malted barley, and Whale testicles. According to people from Iceland, it goes very well with rams testicles which is a delicacy in Iceland.

The whale’s testicle is chopped down into mince and packed like a sausage. It’s then smoked with sheep dung for extra flavor and then cooked alongside the hops and barley so the flavor combines. It’s a long process according to the beer company and a lot of effort goes into the process. 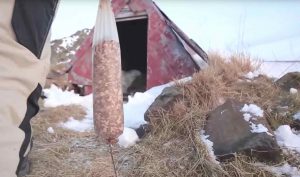 The Icelandic health department was not really too keen on this testicle flavored beer going ahead so didn’t allow it at first. Once it had the approval the beer was launched and everyone loved the taste.

Since then the beer has been a huge hit. The beer company Stedji have brewed other flavors as well as the Hvalur 2 which is the testicle-flavored beer.

There have been protests against the ingredient from various groups mainly situated outside Iceland. The company has stated that the protests have actually made the brew even more popular as it has created more interest in the beer.

Some countries are not able to import the testicle flavored beer due to anti-whaling laws so it’s not availbale everywhere. The beer is extremely popular in Iceland so if you are eager to try the brew then a trip to Iceland should be on your travel list.

It doesn’t sound too appealing to us as we find the concoction of Whale testicle and sheep dung unappetizing.

There is something for everyone out there so if these ingredients are appealing to you then all good.

Drink and be merry.