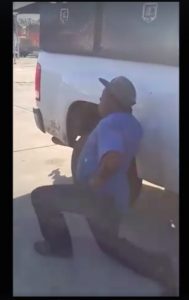 Carolina Peppers are known as some of the hottest peppers in the world and can do some serious harm to your health. Regardless, there are a few people who try such hot peppers for fun and thrill.

They feel that these hot peppers will only activate pain and a burning feeling in their mouth, and not cause any harm to their body. However, each chilli is different and is rated on their hotness. Which means eating spicy food might not do your body any harm, but the Carolina pepper classified as the hottest pepper in the world will. Recently a man tried Carolina Peppers, and seem to be doing okay for the first few seconds.

His peace was short lived, as in a few seconds he started to feel chest pains and burning in his mouth. Which automatically did not allow him to breathe properly. He started to feel weakness in his knees, and shortness of breath continued. After a long few minutes, that seemed like they would never end, he started throwing up. It was clear in the video, that the man went through a great distress, simply by eating a small Carolina pepper. His distress continued in the entire video and did not stop. 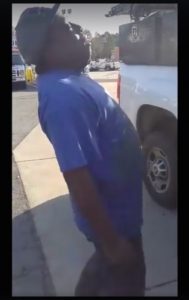 What Makes the Carolina Pepper Dangerous?

To understand what makes the Carolina pepper dangerous enough to harm you, you have to look into its biology. The Carolina pepper contains capsaicin, an anti-fungal agent for the plants that carry it. However, for humans, it can mean ending your joy and offering you some serious pain. As it activated the neurones that are responsible for the perception of pain. These neurones then send a message to your brain and heart, which activated the cell.

According to a Biologist, the impact of eating Carolina peppers may vary from person to person, but most will feel real burns, as their blood vessels will widen, causing inflammation; and causing the entire painful procedure that feels like a heart attack. As when the Carolina pepper hits your stomach, the pain-sensing nerves start working. Which is why consuming Carolina peppers can harm your body. It starts with shortness of breath and can lead to seizures, vomiting, and in extreme cases death (mostly children).

Since the pain you are feeling is only activated by neurones, most people feel Carolina peppers will not harm their body. However, activating the neurones causes painful sensations and anxiety symptoms. They are a real health hazard for people who suffer from asthma. There is no proof that eating Carolina peppers can cause an asthma attack, but it does make it hard to breathe which can end badly. Apart from people who suffer from asthma, people can suffer from seizure attacks, dehydrate from sweating too much, and might fall on their face. Which proves that eating Carolina peppers is hazardous for your health.

It does not matter if the threat is mildly life threatening, but you never know how your body might react to the components found in the Carolina peppers. Which makes it a great risk for anyone who wishes to try it.

As for those who have tried the Carolina peppers and survived to tell the tale, are seen advising others not to try the world’s hottest pepper.