Every, now and again we discover an image that will do crazy things with the mind. This fading image optical illusion of blurred and smudged colors will fade away after a minute of viewing. 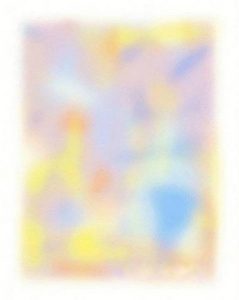 This recent fading image optical illusion is another image in a long line of illusions that mess with your brain. It’s called “Troxler’s Fading” and this optical illusion can affect visual perception.

Troxler’s Fading creates an illusion that an image will disappear once you stare at it for some time. This particular image does exactly that. The name “Troxler’s Fading”  was first discovered by a physician from Switzerland called Ignaz Paul Vital Troxler and he first identified this way back in 1804.

This effect is created by our brains where stimuli soon disappear from our awareness because neurons have adapted and ignored the unimportant stimulus.

It’s all very complicated but this effect is enhanced if the image is blurred, small or in low light. It’s fascinating stuff and as you will see by the image featured here, it really does vanish from our perception once you stare it for some time. That’s why this picture is called a fading image optical illusion.

This fascinating subject of Cognitive Science started as a movement in the 1950’s and was called the cognitive revolution who were a group who studied the mind with experiments about human mental processes in laboratories. 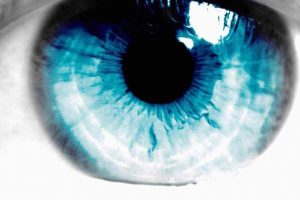 They discovered that the mind is very complex in it’s many interacting parts after doing many tests on human subjects. The same situation with this Troxler Fading effect can happen with moving objects and is called Motion Induced Blindness which causes something that is stationary to disappear when masked with a moving background.

An optical illusion has more to do with how the brain operates more so than how your eyes see the image. The brain tricks the eye into seeing things that may or may not be real which causes this optical illusion. The puzzles of the mind never cease to amaze us every time we look further into how the mind and brain work.

Just remember that when you stare at this image for about a minute, remember to blink or your eyes will dry up and fall out.