YouTube pranksters in the UK were being held in police custody for preparing to film their next stunt on a popular BBC TV set called “Eastenders”. You really couldn’t make this shit up, could you?

While Lee Marshall, Daniel Jarvis, and Rikke Brewer were on the set planning the video the security guard stopped them and nervously stated to the lads that they really shouldn’t be on the set. Daniel Jarvis decided to wander around the TV set as he was interested in the houses on the street as anyone who has seen the TV drama would want to do.

The security guard recognised them from the YouTube videos that they are famous for so he became more relaxed once he knew who they all were. While this was all going on the police were called by someone on the set, and as usual, the police were quick to respond to something as trivial as this, so they arrived to see what was going on.

According to Daniel Jarvis, the police were acting very aggressive and were very eager to accuse them of burglary. Lee Marshall was happy to prove that the equipment they were using (which was not even highly professional TV cameras) were all purchased with receipts that were back in the van. The police were not interested in seeing the receipts and decided to arrest them for burglary. 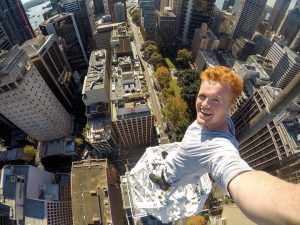 Ally Law was asleep in the van at the time the police seized it and decided to arrest Ally for conspiracy to burglary when he was not even anything to do with the planned video prank. The van was not even in the investigation but they decided to seize it anyway.

A spokesman for Hertfordshire Police stated:

“The Police were called after 3 am on 20th March to an incident at Eldon Avenue, Borehamwood involving three people who had gained access to the premises. The three men were arrested on suspicion of burglary and a fourth man was arrested on suspicion to commit burglary. All four men have been released under investigation while enquiries continue”

It certainly seems like there is a fair bit of corruption going on with the police and certain government-controlled TV stations, doesn’t it? 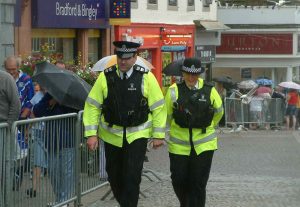 What is happening to the UK police force?

The UK has a real crime problem and a percentage of that is caused by excessive alcohol consumption every Friday and Saturday night where people are quite literally fighting in the streets but the police feel the need to bring 6 units and a dog control from Hatfield Police Station over a couple of YouTubers.

The police already knew of these YouTubers and what they were famous for so why did they spend 12 hours on this investigation?

Why are they so eager to arrest a bunch of YouTubers for burglary when all they had done is trespass at the very most which is a civil offence? They had not stolen anything and had no intention to steal anything from the set so why did the police want to arrest them for burglary?

Taxpayers money is funding this when thousands of young girls are being raped up and down the country by pedophiles who seem to be quite literally “getting away with the crime”.

It certainly seems like the recent government cash boost in the UK police force has given them the funding to investigate any old incident whether it’s a crime or not.

If only they could really sort out this UK problem of rape and abuse of our innocent children which seems to be at an alarming rate rather than wasting precious police time and money arresting Youtube celebrities.

Speaking to a member of the UK police force recently, I was informed that a very high percentage of calls to the force were from social media complaints meaning that various people felt intimidated or harassed by someone on Facebook so decided to call the police.

The social media incidents had to be investigated by the police which clogs up precious time when the police should be dealing with serious crimes across the country.

It certainly seems like the priorities are all over the place in today’s UK police force and the funding is being wasted by investigating pointless incidents like this.

Shame on you BBC for wasting police time and money.