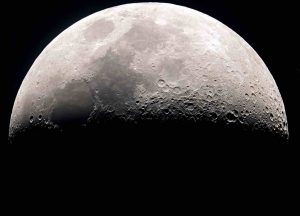 We examine some recent news about the secret space program coming from this area of the paranormal which is generating excitement in the conspiracy communities.

The tail end of 2017 proved to be a curious and fascinating time for subjects like UFOs and Extra-terrestrials. There were many news reports from mainstream media sources which reported on the recent data dump from the Pentagon about UFO encounters. 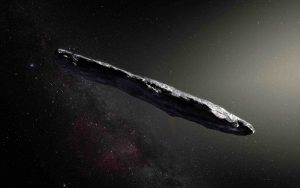 During December 2017, the media was in a buzz over a cigar-shaped asteroid floating about in space which scientists from Hawaii named “Oumuamua” by scientists and astronomers.

The asteroid – Oumuamua was from another star system which added to the mystery of this object and what it is doing traveling past Jupiter at tremendous speed.

Although this object looks like an asteroid, there was confusion why it is long and cigar-shaped which is strange for an asteroid.

Recent news from scientists shows that this asteroid is not an alien spacecraft and although it is rather strange, there is not much to worry about. They are still observing its trajectory and, it won’t come too close to Earth.

During December 2017 we also had a huge data dump from the CIA which features countless reports of UFOs, strange lights, alien encounters and orbs seen by many high profile individuals from the military and aviation.

Millions of dollars were invested in researching UFOs over the years but this came to a halt in 2012.

The US had to investigate due to the number of high profile witnesses reporting incidents and sighting of strange lights and craft traveling at high speeds that would “kill a human being” if they traveled at these speeds.

This ruled out that they were craft from this planet because of the way they maneuvered in erratic movements and speed. Former Senate Harry Reid formed the Advanced Aviation Threat Identification Program because of these bizarre sightings from such high profile individuals. Harry got funding for this program until 2012 when the funding ceased.

Apparently, the program is still operating according to various sources that we discovered. The recent data dump reflects what’s discovered and can be available on this link on the CIA’s website. You can download the full reports and files from this link. 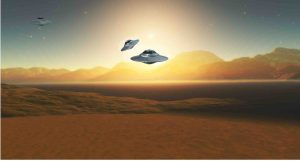 Since the famous story of Roswell, there have been astounding developments in technology across the world and the military are developing advanced aircraft that has a technology which would’ve been science fiction 50 years ago.

Where did this technology come from? Have we progressed since the 1940s and 50s due to our knowledge of creating technology or has this knowledge come from somewhere else?

Many think that the Roswell crash in New Mexico during the year of 1947 had enabled the US military to take pieces of the crashed craft away for reverse engineering. 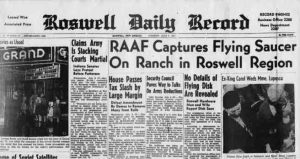 After the original article, there was a supposed “cover-up” that featured another published article which had the headline “It’s A Weather Balloon” and included a photograph of two military personnel holding up part of a weather balloon. 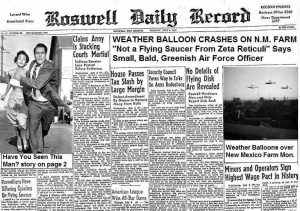 According to various eyewitnesses in the area, this sighting was not a weather balloon and seemed to be “something else” and then transported away by the military.

Since this incident in 1947, the military got involved in various ‘Black Projects” which include advanced craft and many experts believe we now possess spacecraft that can take us to various parts of space we never had the technology to visit before.

High profile individuals in military and government have been disclosing information about UFOs, the secret space program and alien races including Canadian ex-defense minister Paul Hellyer.

There are numerous videos online which feature interviews with Paul regarding this subject and they will certainly make you think with an open mind.

America’s secret space program has been active since the 50s and the information available on this subject seems far-fetched but possible.

Why should we be the only life in such a vast amount of space? It is impossible we are alone in not just our universe but also the others (that we know about).

The space program is being kept secret from the public due to the implications that this whole project has on humanity and the human religious belief systems. 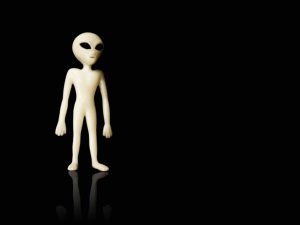 The news on alien civilizations that exist in our universe, other universes, and other dimensions would be way too much for our minds to adjust.

Many think there has been a “drip feed process” in development over the years which includes books, movies, TV programs, interviews with witnesses and various other sources developed to get us used to forthcoming disclosure.

The Disclosure Project is a research project developed by Dr. Steven Greer which features conferences, articles, books, and videos on the disclosure program to assist in getting this news out to the public and bringing in full disclosure from our governments.

The project is helping and since then we have witnessed more testimonies from high profile individuals and published UFO files from various countries worldwide including the United States, United Kingdom, Brazil, Mexico, France and more.

If this subject interests you like it does with us, then there is so much material and information available online that will keep you busy for many days and weeks.

More articles included on the website this year will feature this topic as the disclosure project develops and we will highlight more of the developments which include the space program during 2018.