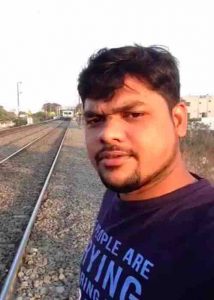 This student pulls selfie and regrets it. The younger generation is doing all kinds of things to attract attention on social media in today’s world of Facebook, Instagram & Twitter.

A video is surfacing online of a student from Hyderabad that seems to be casually taking a selfie on a train track. He can clearly see that there is a train coming but carries on filming him pointing towards the oncoming train.

You can then see the train getting closer and hearing the train’s horn blaring as a warning to the student. The student pulls selfie but takes no notice of the danger that he is in and carries on filming. 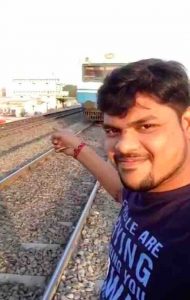 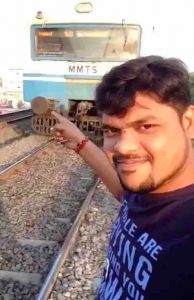 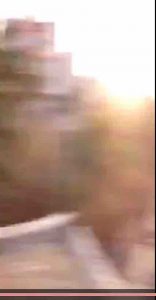 The train then strikes the student and then the video goes blank due to the phone falling out of his hand. Many people who viewed the video have stated that he is dead.

Fortunately for the 25-year-old student, he actually survived the impact and received serious injuries on his right hand and head.

Surely he must realize that he was in immediate danger while filming his selfie. There was no fear in his expression while the train was approaching and it seemed like he was more concerned about getting the ultimate viral video.

It worked for him as there have been various media sources that are covering this story but why put your life in danger for 5 minutes of fame?

Footage of the video can be quite shocking viewing due to the impact once the train hits the student. It’s a miracle that he has survived the impact of the train as it seemed to be going quite fast and the majority of train impacts end in death so he was very lucky.

More recently there was also a new craze which featured young people eating ‘Tide Pods” for washing machines. This can also be extremely dangerous and can lead to serious illness and possible death.

Why are these kids exposing themselves to serious harm just to get that viral video or photo for their Instagram fans?

Social Media created the selfie generation and now we are suffering the consequences for 5 minutes of fame just so they can get that like or comment.

What do you think of this mentality?