Just when you thought there couldn’t be anymore emojis, a new one called the Period emoji pops up.

It’s no joke, and it’s serious stuff. There really is a new addition to the emoji family in the shape of a drop of blood.
The Plan international charity has made all of this possible and have helped create the emoji. The plan is to “normalize” periods to girls in the ages of 14 – 21.
Many girls of this age group find their periods embarrassing. They live their lives online and on social media so the power of the emoji to get the message across.  The emoji can make it easier for these girls to accept periods as being normal.
The first emoji design included underwear with a drop of blood featured on the front. They finally rejected this and resulted in just the drop of blood instead. 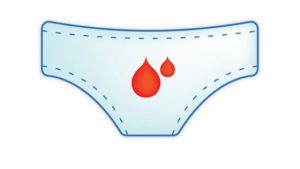 ,
The charity is hoping that the emoji will spread awareness for what millions of girls go through every month and to stop the embarrassment.

The Power Of The Emoji

Emojis have enormous power over the younger generation and has become another language. So many people online and within social media communicate with emojis every day so its the best way to get the message across.
A simple anger emoji, heart emoji or laugh emojis are used millions of times an hour worldwide. They get used in political debates and general discussions on social media every day.
Plan International have mentioned in their tweets that the period emoji will not solve any issues that young girls have with these monthly problems, but the emoji will at least help with ending the shame.
The tweets have received a positive response on Twitter recently and many of the comments are backing this new emoji. Plan International state that the stigma attached to periods will end and the emoji will have the power to help.
Those affected mentally by the shame caused by this natural occurrence need to feel supported.
That’s where this idea comes into play.
On another note; did you know there are many more emojis available including hand gestures?
The full list is here
Once again, the younger generation saved by the emoji…